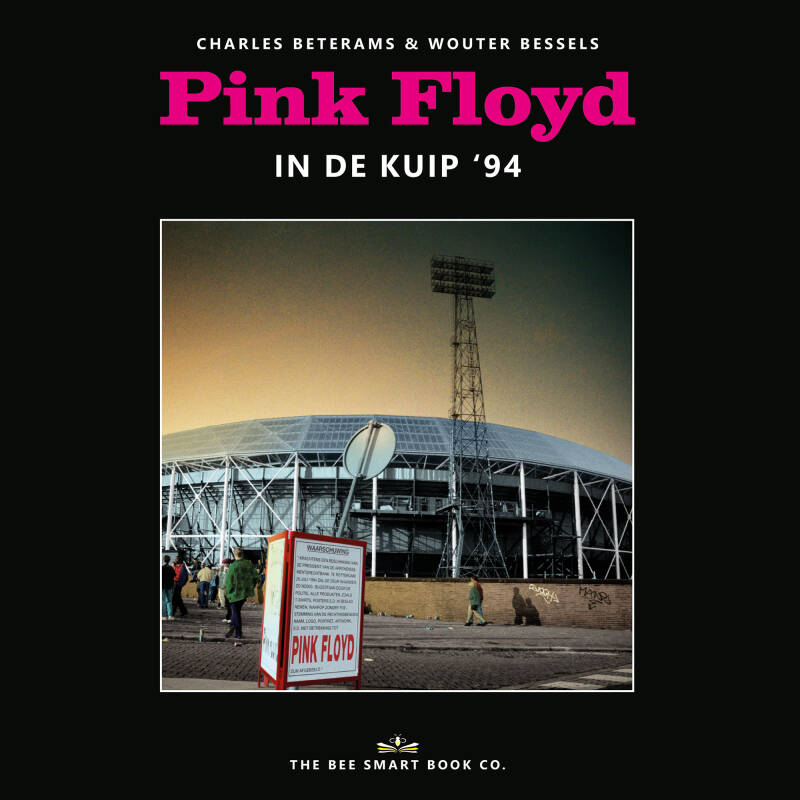 please scroll down for the English text

On 3, 4 and 5 September 1994, Pink Floyd unofficially but gloriously reopen the renovated Stadion Feijenoord in Rotterdam. 135,000 people attend to see the band at work in the Netherlands for one very last time. Three intense days that seem to fly by, full of cherished stories that are still kept alive for generations to come thanks to those who were there at De Kuip in the early 1990s.

Rarely are Pink Floyd concerts in the Netherlands so extensively portrayed by a variety of visitors. Whether they are there as attentive spectators, at the invitation of the band or simply at work as stadium directors or journalists. Snooping around uninvited during the build-up while the entire Dutch press is kept out. Secretly taping the concerts, on video as well, for three days. And what about Crown Prince Willem-Alexander who visits the last evening unnoticed and completely anonymously. Stories with a - typically Rotterdam - high Pietje Bell content. The book is full of them.

Charles Beterams (1972) runs his own label, deals in records and memorabilia and occasionally writes a book. Little White Wonder, his standard work on the rise of white records - bootlegs - in the Netherlands, earns him a spot on the shortlist of the ESNS Pop Media Prize 2020.

Wouter Bessels (1977) is a journalist at Dagblad van het Noorden in daily life and previously wrote books on Pink Floyd and Porcupine Tree. He is also involved in reissues of artists such as Golden Earring and Tangerine Dream as an author, mastering engineer and compiler.