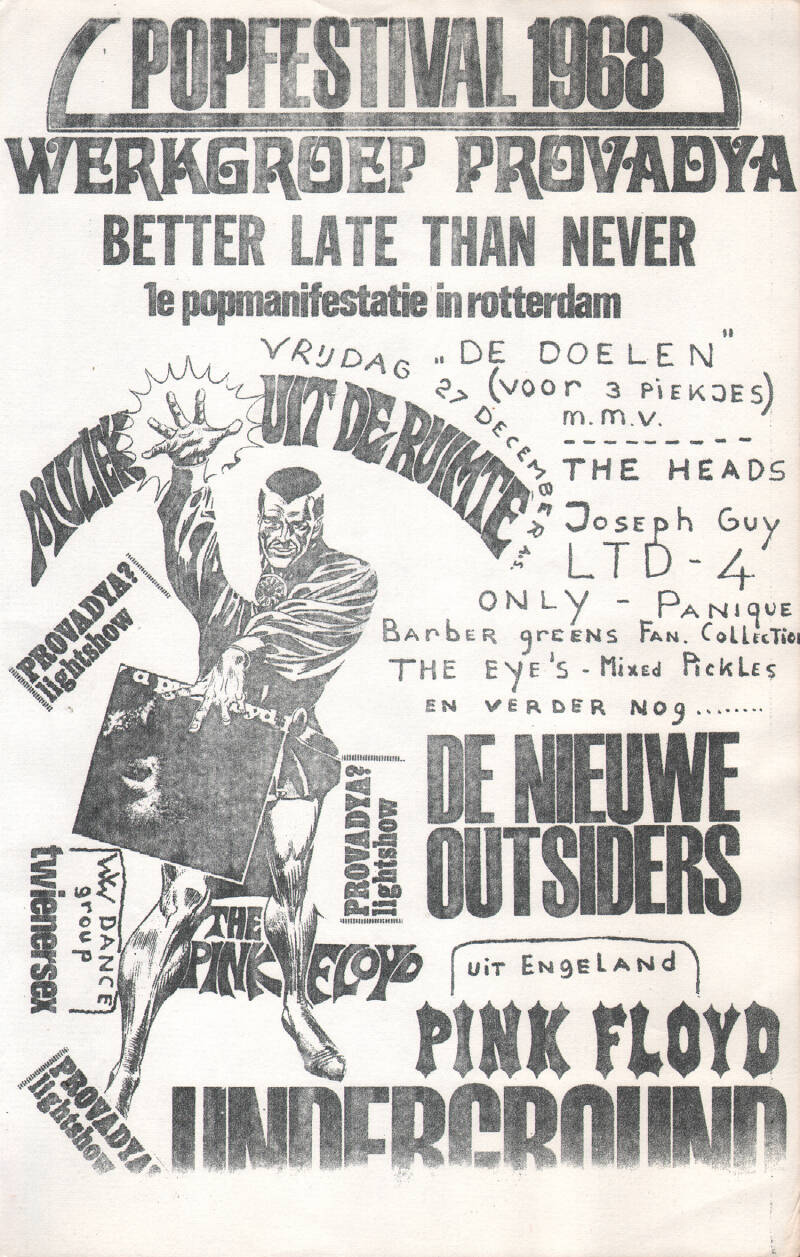 [6770] Holland 1968 21.0 x 31.0 cm original stencilled mini poster to promote Popfestival 1968 on December 27 in De Doelen in Rotterdam. De facto a Pink Floyd concert with support of acts like The Outsiders. The gig was hastily arranged when it was announced that Pink Floyd was appearing at the Flight To Lowlands Paradise Festival the day after. To announce the gig around town this paper was stencilled in true fashion and on the same long 21x33cm format most Provadya? movement announcements were done. As it is too large to function as a handbill it is fair to say it was intended as a (window) poster. I've only seen one copy before when I was researching my book Pink Floyd In De Polder a mere fifteen years ago. See page 87 in that book. During an auction of Dutch counter culture memorabilia (including a lot of in-house Provadya? Movement parafernalia) a handful of these posters turned up. A very rare original piece of memorabilia. In excellent condition with only the slightest wear. EX.