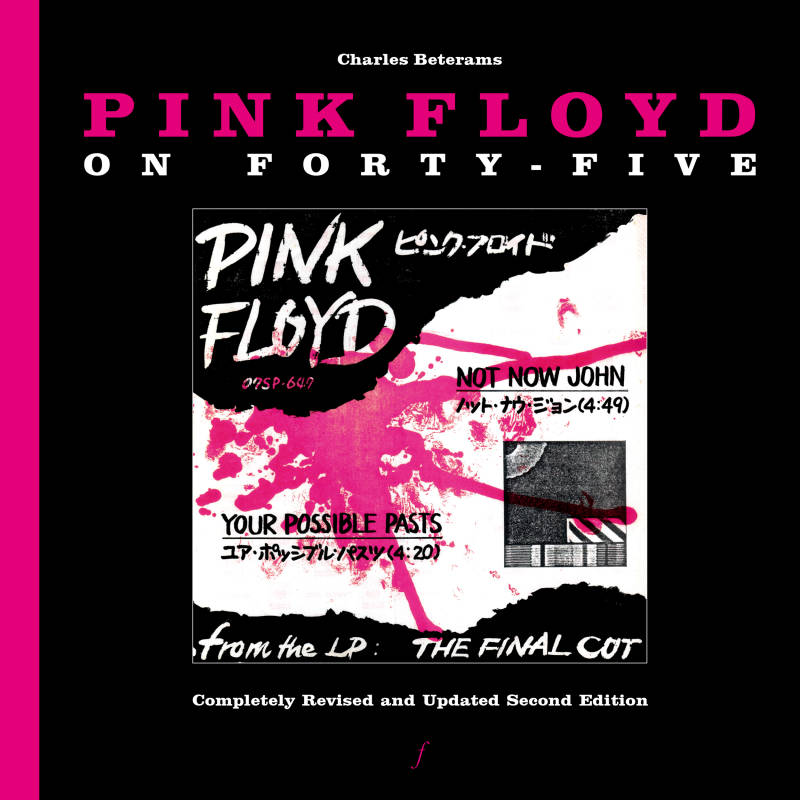 Pink Floyd On Forty-Five is the definitive discography of Pink Floyd 7inch singles. With the help of the world’s foremost Pink Floyd singles collectors, Charles Beterams has compiled a simply breathtaking book that sets the standard. Apart from entries on exotic countries such as Angola, Costa Rica, Egypt, Jamaica, Kenia, Nigeria, The Philippines and Turkey, Pink Floyd On Forty-Five also features extensive discographies of 7inch singles from Australia, France, Germany, Italy, Japan, The Netherlands, United Kingdom and the USA. The core of the book consists of 7inch singles that ended up in public, either via the regular route of shops – stock copies – or via record companies to radio stations and journalists – promotional copies. These are brought together in separate chapters per country, starting with Pink Floyd, and followed by Syd Barrett, David Gilmour, Nick Mason, Roger Waters and/or Richard Wright singles, all of them in chronological order, complete with release notes and details. Pink Floyd On Forty-Five concludes with a selection of test pressings and acetates. For this completely revised and updated second edition, Charles Beterams was able to add nearly 100 discoveries, label and sleeve variations and new releases. Pink Floyd’s history on 7inch is presented in all its full colour glory, with well over 1200 pictures to distinguish all known pressings. Charles Beterams also wrote an acclaimed book on Pink Floyd’s concerts in The Netherlands, which was published by Permafrost Publishers in 2017. “This book is the authoritative work on Pink Floyd singles from around the world. No ‘maybes’, no ‘rumoured to exist’, this is all that is definitely known about and more.” – Record Collector. ISBN 978-90-826893-3-4.